This program will run in the system tray and check for a new daily Bing image on a user defined interval. If the URL for the image has changed since the last check the new image will be downloaded and applied as the current wallpaper.

There is also the option to run a command after the wallpaper has been applied. This is useful for anyone that uses software that overlays data onto their wallpaper, Such as BgInfo from Sysinternals.

The last two week’s worth of images is available on a History tab - just double click a thumbnail to apply a wallpaper. If using this and you want to keep an old wallpaper don’t forget to disable to the automatic updating from the main Settings tab, otherwise the wallpaper will be replaced with the daily wallpaper on the next update check.

I don’t use Bing as a search engine, but I do very much like their daily images. I was excited when I first heard about the official Bing Desktop application, but wasn’t keen on the toolbar that was added to my desktop. I tried to just live with it for a while but it caused problems with a few full screen applications when it refreshed.

After not being able to find a similar program with the features I wanted I decided to write my own. 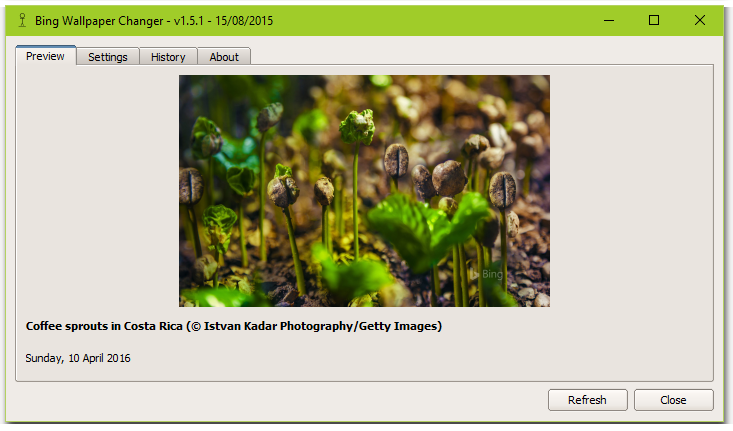 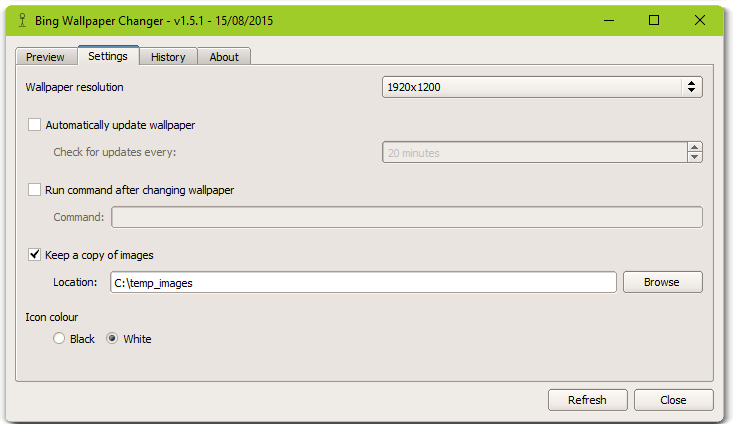 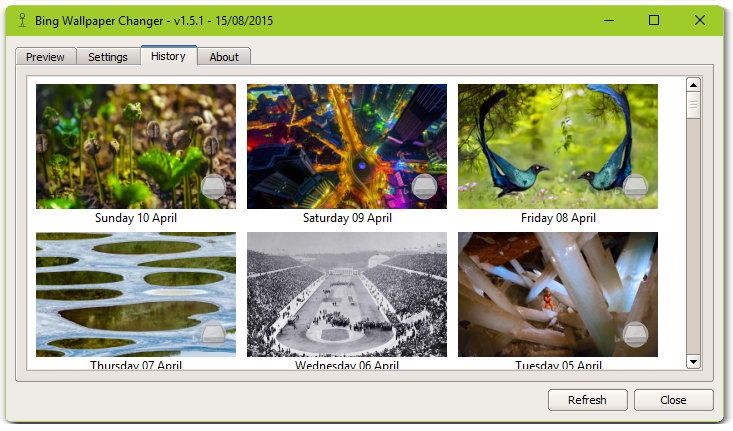